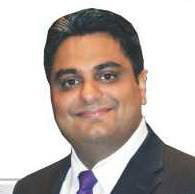 With over 20 years of Immigration Consulting Experience, Monit has been privileged to have witnessed and weathered many major turning points and changes in  Canadian Immigration history. He has handled and solved many complex cases where the client had little hope and not much recourse left at their end.

Sarbjit Soni is the founding pillar of the organization and has witnessed the initial days of Canadian Immigration History in the late 1960s and early 1970s. He belongs to a period when Canadian Airlines as well as other Airlines flying to the Canadian Destinations promoted Canadian Immigration Opportunities not to Immigration Consultants but to Travel Agents. At the time, these Airlines hired Canvassing Agents to hold ‘Town Hall Style’ meetings and create awareness about the benefits of Immigrating to Canada. Sarbjit Soni started off as one of those canvassers and as they say, the rest is history.