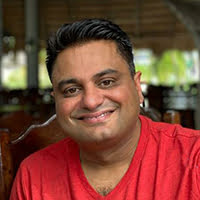 With over 24 years of Immigration Consulting Experience, Monit has been privileged to have witnessed and weathered many major turning points and changes in Canadian Immigration history. Specialist in handling most complicated and refusal cases, Monit has been supporting aspiring Immigrants to Canada.

When we set up Jet Immigration in 2007, we did not create another Immigration Consultancy in Canada. Instead, we carried forward a small legacy whose roots were laid down over 40 years ago by Mr. Sarbjit Soni, who is the founding pillar of the organization and has witnessed the initial days of Canadian Immigration History in the late 1960s and early 1970s.

What started as a travel agency – Guru Nanak Travel Advisers in a small town in Northern India on April 13, 1974 turned into a leading source for Immigration to North America.

One such country at the forefront of all immigration was Canada. Abundant resources, lack of skilled manpower and immense opportunities drove the Canadian Government to set up initiatives to find immigrants willing to settle in Canada.

We are associated with Immigration to Canada from days when Airlines hired Canvassing Agents to hold ‘Town Hall Style’ meetings and create awareness about the benefits of Immigrating to Canada and promote Canada as a preferred Immigrant Destination in order to fill the airplane seats and attract the talent. It was a time when sponsoring your wife to Canada after you had arrived required a simple application in the morning and an approval/rejection by evening.

Sarbjit Soni started off as one of those canvassers and as they say, the rest is history.

Times have changed over the years, attaining Canadian Immigration is now much tougher – frauds are many. Authorities are more selective with who they let in and out of Canada.

So far, the Soni Family has helped secure Canadian Visas for over 5000 applicants. Credited with solving some of the more complex immigration cases which other consultants had given up on. Jet Immigration has provided true representation before concerned immigration authorities on such occasions and had rulings in client’s favor.

For us, the biggest achievement is when internet enthusiasts recommend us on third party forums saying, “Jet Immigration in Brampton, he is a nice guy. Everybody charges 3000-3500 but he is not a fraud”

And that is what we stand for – Service, Trust and Success – Your Success!

Jet Immigration team is aware of challenges and struggles people face when taking a big step towards a better future – Moving to Canada.

Immigration processes can seem like a maze of procedures, rules and regulations. With plethora of options and half-baked information, one can easily get confused. Our motto is to service such individuals with trustworthy information for a successful immigration to Canada.

With an experienced team of combined experience of 100 years, we take proud to specialize in most complex cases and help individuals fulfill their Canadian Dream.

As one of the Most Trusted Immigration Consultancy in Greater Toronto Area, we believe that ‘Honesty is still a Best Policy’ staying afloat like Fragrant Lotus holding up the aroma of Integrity and Dutifulness to our clients.

Jet Immigration is one of the best three rated consultancies of the region and are organically rated at number one spot when you google, “Best Immigration Consultants in Brampton”

What Our Clients Say About Us

Jet Immigration team will not make you disappointed. The professional personnel are intimate and compassionate. You will never feel that you are their client. During my immigration process, they treated me like family members. My spouse and I wanted to immigrate to Canada as skilled workers…

Jet immigration team is one of the most professional immigration agencies that we have ever worked with. They have great attention to detail in regarding case and filings with regular follow-ups and thorough paper work. We really thank to the team for all their help and support through-out the process…

I had such an amazing experience with that. All the staff is amazing have much needed information in the field they are in. The process went quite smooth because of them.
I will always be very thankful to them in guiding me for such an important thing in my life…